Our Eneka Salt and Mag Mist are 2 ways we get magnesium chloride. The SuperStar Sleep cream is a best seller for the magnesium benefits and moisture. 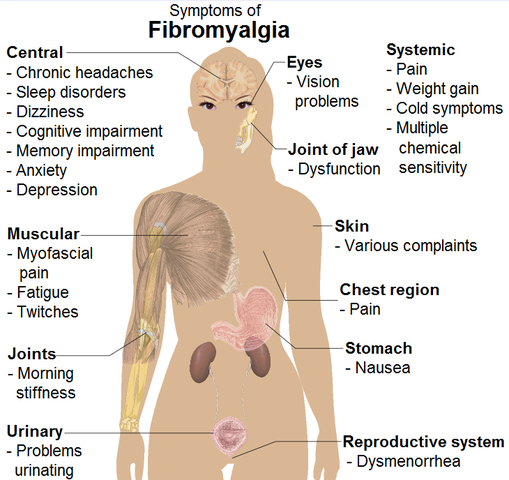 A clip from the article below:

"The diagnosis of fibromyalgia has become more popular recently because there are several shiny new drugs FDA-approved to treat it, such as duloxetine, pregabalin, and milnacipram.  As a psychiatrist, I have the most experience clinically with duloxetine, which is also FDA-approved for major depressive disorder. Duloxetine is one of the class of second-generation mixed norepinephrine and serotonin-reuptake inhibitors. And I would have to say, in my clinic, it really does seem to help the annoying, constant aches of fibromyalgia in many. Duloxetine can also cause weight gain, sedation and a host of other irritating antidepressant side effects, and it is expensive. The other pharmaceuticals commonly used are the old-fashioned (and very inexpensive) tricyclic antidepressants (TCAs). There is quite a bit of data for these older medications, but they are also fatal in overdose and cause much more weight gain, sedation, and deal-breaking dry mouth than the next generation medication duloxetine."

"But what if there were an even cheaper, easier, less side-effect laden pill or supplement to take for fibromyalgia? How about magnesium? As I mentioned earlier, magnesium deficiency can cause us to be more vulnerable to a poorly regulated stress response, and magnesium is absolutely necessary to metabolize energy efficiently. Since most magnesium is stored within cells and bones, a simple serum level generally won't tell us much. Since we die rather quickly of heart problems if our blood levels are low, our regulatory systems pull out all the stops to make sure our blood levels remain within a certain range, even if our bodies are relatively deficient."

"Why magnesium? The researchers were intrigued by the idea of fibromyalgia being a disease of oxidative stress, and mineral deficiencies are known to predispose folks to oxidative stress. Magnesium plays a critical role in the various processed turning the food we eat and our fuel stores into energy used by the cells. It was postulated that muscle cells could be low in magnesium while the blood levels were maintained with normal limits (to preserve the heart), and this low magnesium could cause problems with muscle cells turning fuel into energy, thus fatigue, weakness, and pain. A previous study showed that 300-600 mg of magnesium malate daily improved the symptoms of fibromyalgia."

Emily Deans, M.D., is a board certified adult psychiatrist practicing in Massachusetts.  She graduated from the University of Texas Southwestern Medical School in 2000 and from the Harvard Longwood Psychiatry Residency in 2004, and was a Chief Resident at Brigham and Women's Hospital in Boston.  She is currently an Instructor in Psychiatry, Part-Time at Harvard Medical School.